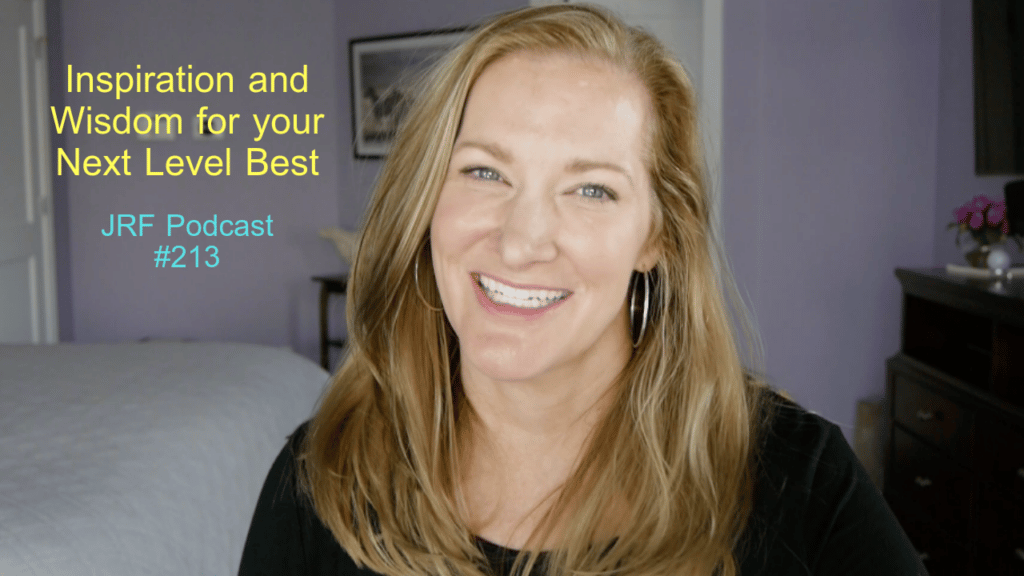 JRF Podcast #213 Inspiration and Wisdom for your Next Level Best

In this message we offer the type of divine level inspiration for taking bold moves, appreciating who you are and feeling the confidence in yourself, no matter what your future holds. We address the spiritual game of treating you like you aren’t “there yet” and the trap that can become. Yeshua helps us understand that masters, too, can feel inadequate, underachieving. He recommended we focus more on the inputs we give to our lives and to this world, while also minding our responsibilities. I love how they sort dis-mantled the spiritual leader concepts in the first half of the message… helping us see that even our world’s official spiritual experts (be they priests or gurus) can be severely immoral in meaningful ways… our aim then is to become our best version of ourselves, not an image of the most spiritual or the most enlightened. Making light real, amidst what is, with all the amazing ingredients that you already are. Audio archive is here:

I did not record a separate video recording for this message but a video with still image is here:

The live message is Tuesdays at 11am Pacific/2pm Eastern/7pm London with live audio and phone access (video is provided for the archive).

Have you joined our Membership page yet, with exclusive monthly offers? If not, WHAT are you waiting for ?!!??? The recent Archangel Gabriel message is available for your consideration, to monthly members, here.  We turn modern day enlightenment teachings on their head… offering a completely radical way of being light, living light, from the inside out… the Light isn’t something we connect to ~ it is what we Are. Trip opportunities are available for review at https://jillreneefeeler.com/person-events/

Weekly messages are our gift to the world, to inspire the Light of God within all life.

This is a no bullshit zone – we turn “enlightenment” teachings on their head… to reveal the authentic Light that is already there, in You!

With love, gratitude and blessings,

Jill Events, private sessions, archived classes, travel, recorded interviews and so much more are available. I LOVE to create and share soulful resources. Thank you for your support. I appreciate You.